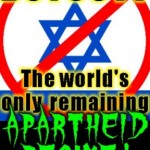 In both cases, the unions have justified their actions based on what they see as solidarity with the Palestinian people and deny the allegations.

The case of Ronnie Fraser, a member of the University and College Union (UCU) will be going to court in the next few months. We should have more to report then.

But in the last two weeks, headlines have been made over the employment tribunal case of Israeli academic Moty Cristal, who has named the giant public sector union UNISON in his anti-discrimination action.

Cristal had been invited in May this year to Manchester in his capacity as an expert on conflict resolution to help bridge the divide between UNISON members and their employers in the local National Health Service (NHS) mental health trust. His talk was entitled “The Role of Negotiation in Dealing with Conflict”, and was part of a workshop on conflict resolution for health-trust managers and union officials, according to a report in Ha’aretz. As someone who has an international reputation for this sort of thing, including helping in negotiations between Israelis and Palestinians, Cristal was a natural choice for the NHS.

But according to the NHS, the local branch of UNISON said they’d boycott any event at which an Israeli spoke, and that this was, in their view, the policy of the Trades Union Congress (TUC) — which it isn’t. Cristal was dis-invited. And now he’s saying that this was because he’s an Israeli — which constitutes a discriminatory practice, and is illegal.

In the past, unions which saw themselves as being “pro-Palestinian” would issue statements and engage in traditional solidarity actions without boycotting Jews or Israelis, but increasingly the extremists of the pro-Hamas Palestine Solidarity Campaign are setting the tone.

The result is the kind of blatant anti-Israeli and anti-Jewish discrimination that is emerging in both the Cristal and Fraser cases.